Brad Alford founded Alpha Capital Management in 2006. After spending nearly two decades at large investment firms, Brad wanted the freedom and flexibility to provide customized services to his clients.  Our firm has evolved and grown over the years, but Alpha Capital Management's core focus has always been and remains providing best-in-class, unbiased investment advice.

All of our employees are located in Atlanta, Georgia. We are 100% owned by our active Principals.

Our team has more than fifty years of cumulative experience in investment management and investment consulting. Principals Brad Alford and Anna Tabke lead the firm and are supported by our experienced analyst team.

Brad and Anna hold the Chartered Financial Analyst (CFA®) designation. The CFA is globally recognized as a rigorous and comprehensive study program in the field of investment management. As charterholders, Brad and Anna are committed to the highest ethical standards. Learn more about the CFA program here. 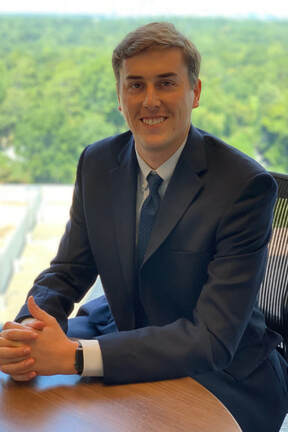 Brett serves as a consultant on the search team at Alpha Capital Management. He assists the Principals in all aspects of performing consultant and outsourced CIO searches. Prior to joining Alpha Capital, Brett worked in the insurance industry as well as in private wealth management. Brett obtained a bachelor’s degree in Risk Management & Insurance from the University of Georgia.
CFA® and Chartered Financial Analyst® are registered trademarks owned by the CFA Institute.